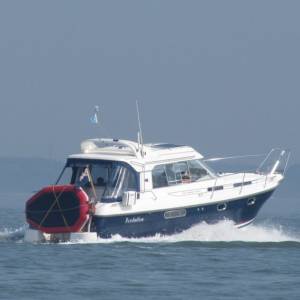 The English Court of Appeal has for the first time, recently established an absolute rule that an assured who tells a lie or relies upon false evidence to support an otherwise valid insurance claim, will forfeit the claim entirely. In other words, even if the lie or false evidence is immaterial to the insurance claim, an underwriter or insurance company will be able to successfully deny cover.

The decision of the Court of Appeal (in the Versloot Dredging BV v HDA Gerling and others, DC Merwestone case - generally referred to as just Merwestone) applies to marine and yacht insurance claims. It follows a more robust trend against fraudulent insurance claims generally.

Whilst it has been established law for some time that when an assured fraudulently exaggerates the amount of an insurance claim he will forfeit his right to the genuine lesser claim, this new decision extends this concept to any lie or falsehood whether affecting the amount of the claim or not - which the Court labelled a ‘Fraudulent Device’.

The case concerned a cargo ship carrying steel. The bow thruster room flooded, the alarm failed to sound and eventually seawater spread to the engine room destroying the engine. The owner brought a claim under his Hull & Machinery policy for the cost of replacing the engine. The Owner asserted that the Master had stated that the alarm had sounded, but that an investigation was not undertaken due to very bad weather and rolling. However, the Owner’s statement was untrue in that the Master did not say this. Based on this (largely irrelevant) ‘lie’ the underwriter refused cover arguing that the Owner had used a Fraudulent Device to improve his insurance claim. Other than for this lie, the insurance claim had merit.

The Court of Appeal’s view was that a Fraudulent Device rule has a legitimate purpose in helping to prevent fraudulent insurance claims, even if it could be harsh in application; as in this case. As fraud can always be avoided by an honest assured, even harsh consequences such as the total denial of insurance cover, is acceptable.

When giving judgement, the Court of Appeal emphasised the need to reduce insurance fraud.

The effect of this decision is that even a small lie or untruth, even if not directly relevant to the claim, will give underwriters the ability to avoid cover.

The case is being appealed to the Supreme Court, so we shall have to see if the highest court in the UK upholds the Fraudulent Device rule, or limits its scope in some way. In any event, anyone making a claim under a boat or yacht policy will need to be careful not to mislead the insurer in any way.