At the recent 2016 Boatshed Broker Conference held over 2 days, with Boatshed brokers attending from all over the world, a wide variety of workshops and hot topics were discussed. The Boatshed Awards were held on the evening of the first day and Jo Dixie-Goodwin from PSP World-wide Logistics was invited to present the awards.

With Boatshed dealing with a wide range of boats and customers from all parts in various time zones, managing the sale and keeping the buyer and seller up to date at all times is paramount. The customer service award this year was jointly won by two offices who deal with international clients and go that extra mile to make all parties feel at ease during this emotional time. 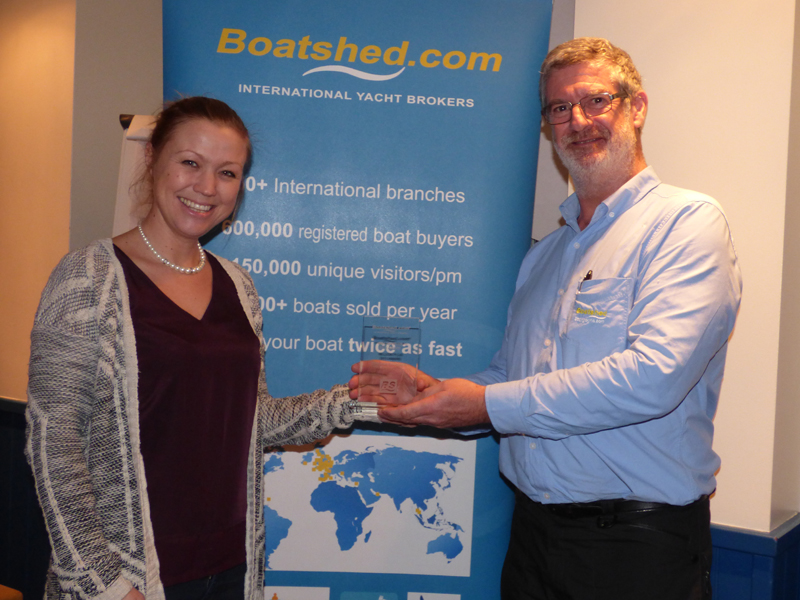 Jo Dixie-Goodwin from PSP presenting the Award to Graham Wharmby from Boatshed Bourgogne in France. The Boatshed Seattle team received their award via video link.

This award is presented to the broker who best manages boat pricing within the group. Using Boatshed data, broker credibility and expert knowledge, this is a hard won award

This award goes to the Boatshed Office who produced the most helpful and informative blogs and articles during 2015. This year's winner provided huge amounts of valuable content and information on their blogs related to inland waterways and canal users in the UK, 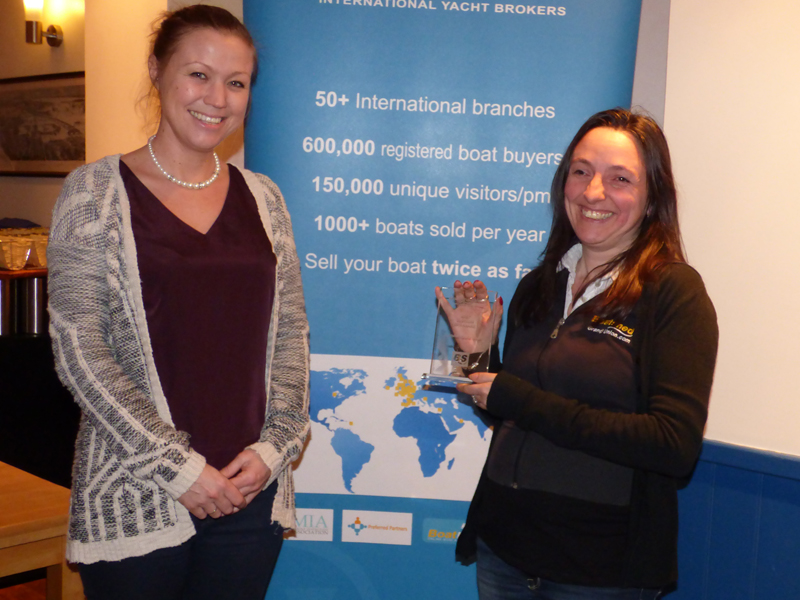 Videos on Boatshed are proving very popular, with growth in sales of over 27% attributed to video! 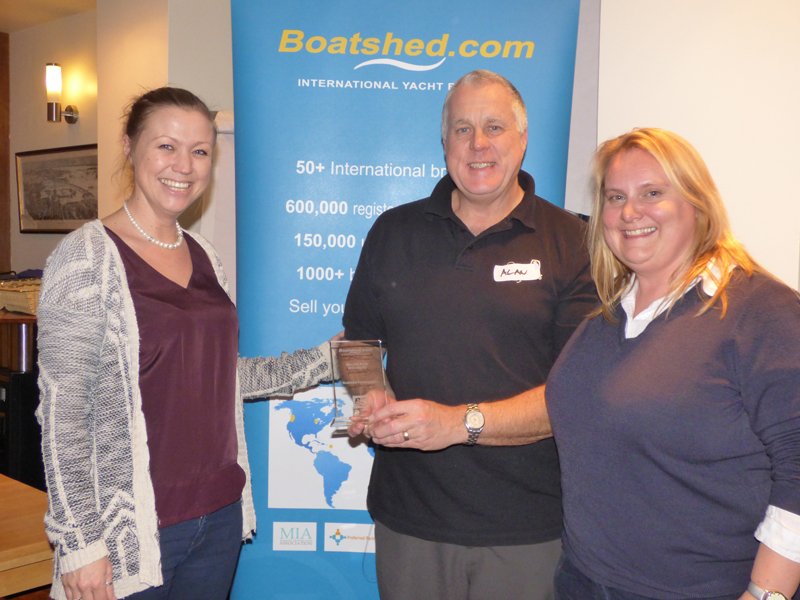 When it comes to cars or branding boats, no one does it better than Boatshed. You see Boatshed vehicles parked at marinas, yacht clubs, events and in your local area. We loved this blue Boatshed Jaguar which won this years award. 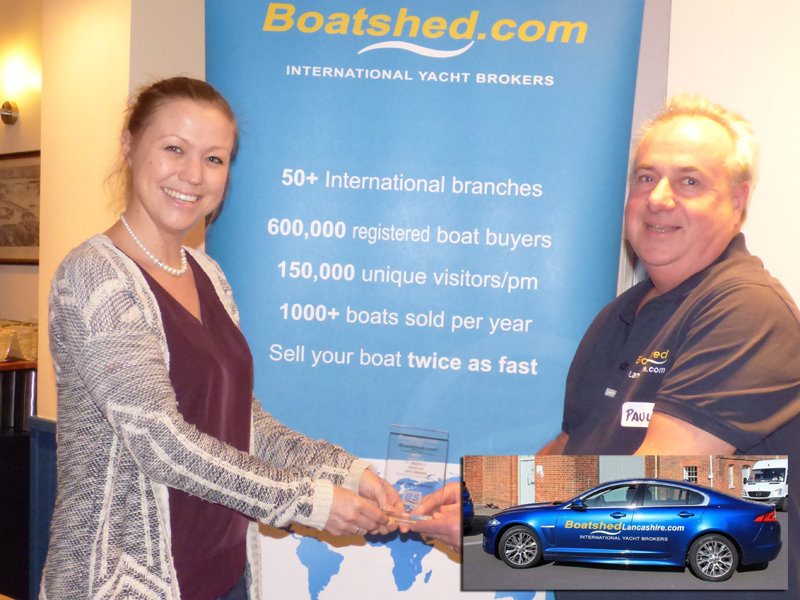 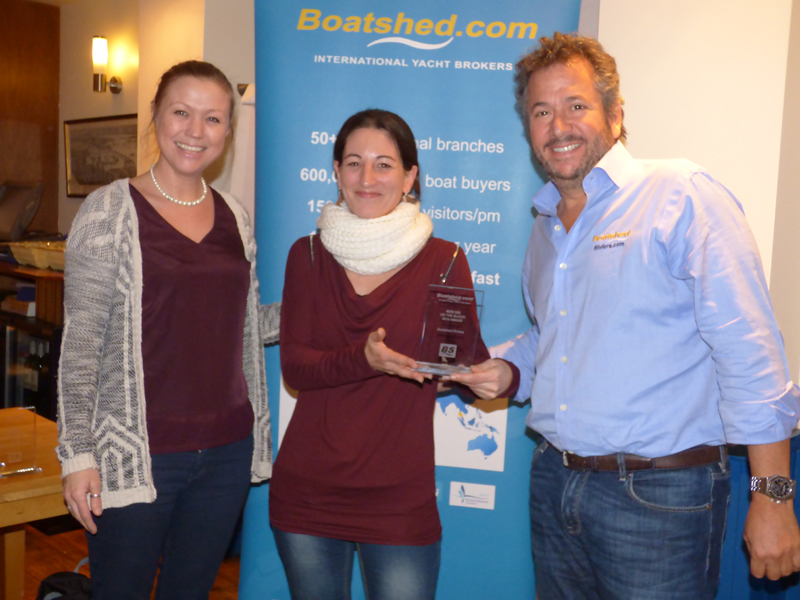 This is awarded to the offices who are excellent all rounders, and that we feel go that extra mile in 2015. It is a tough choice across lots of willing candidates. 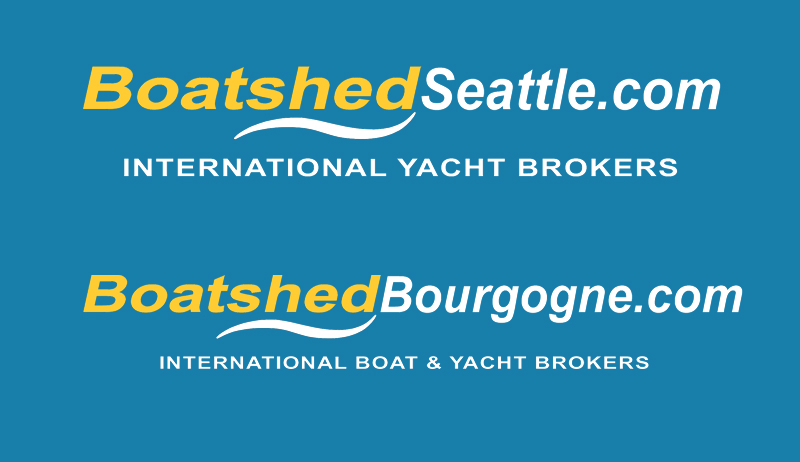 Boatshed has sold over 20,000 boats but listing boats is the key! This year it was very close, with many Boatshed brokers listing over 100 boats in a year. 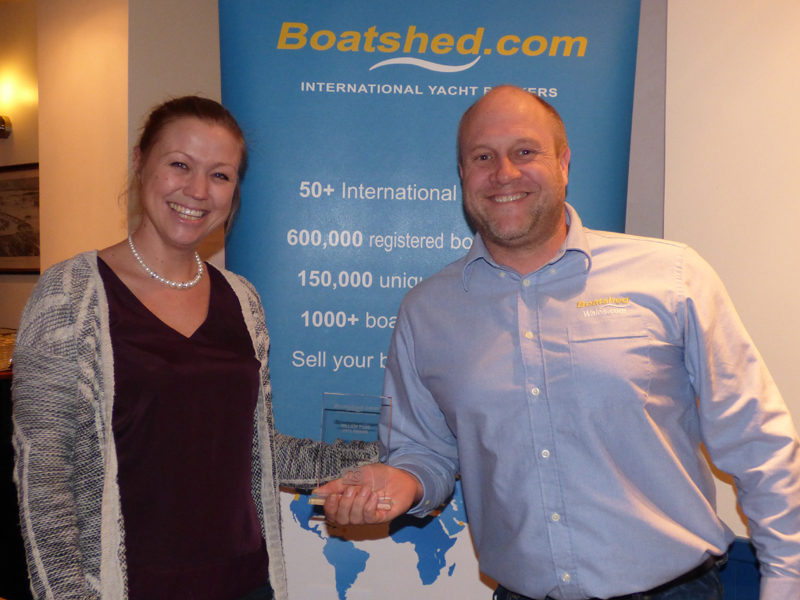 We are proud of our brokers within Boatshed as they are proactive and come up with creative marketing campaigns for each individual boat. They also have at their fingertips some powerful technology and data, which is why we sell more used boats than any other brokerage company. 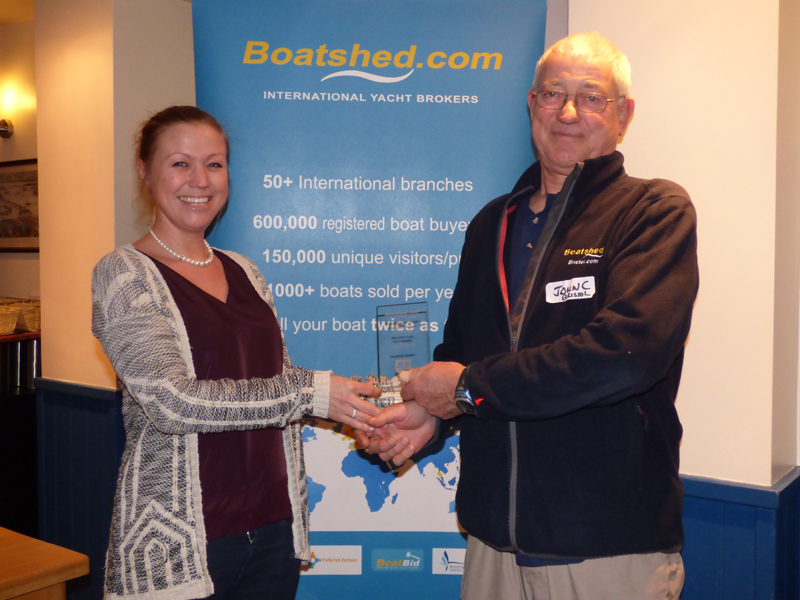 Jo Dixie-Goodwin from PSP presenting the award to John Champion

We have over 50 locations all over the world successfully using the Boatshed platform to market and sell boats. Many sell millions of pounds worth of used boats.

The award for an office that excelled in all areas and literally sold a "shed load of boats" in 2015, this year went jointly to two offices. Both are in very different locations, one is on the North West Pacific coast of the USA and the other is land locked in the heart of France. Well done both :) 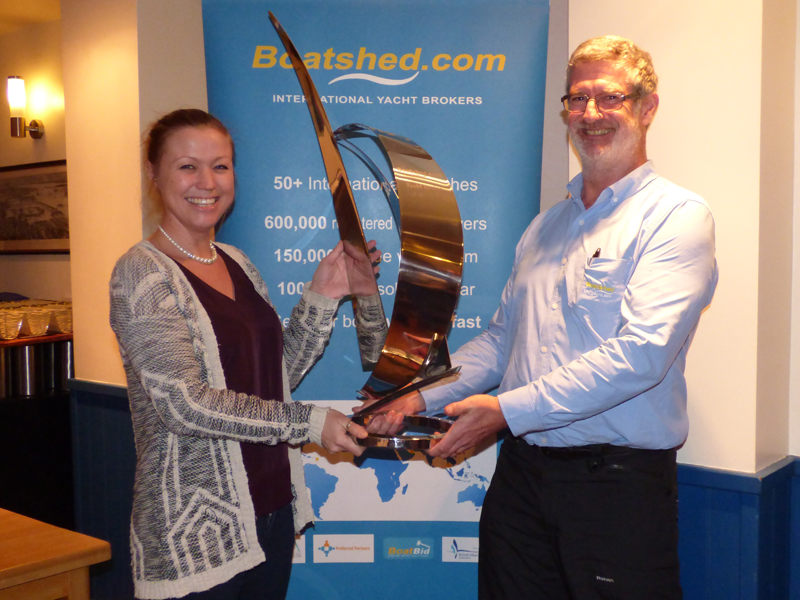 Pictured above is Jo Dixie-Goodwin from PSP Logistics proudly presenting the Broker of the Year award to Graham Wharmby for Boatshed Bourgogne Team and to Scott Helker and his team in Seattle.