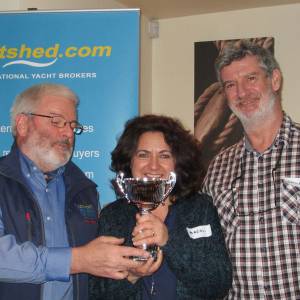 The Annual Boatshed Brokers conference was held in Gosport on the 19th & 20th of January. A lively event with workshops, talks & presentations, team events and brainstorming sessions all designed to keep your Boatshed broker one, or more, steps ahead of the field. One of the highlights was the Boatshed Group Annual Awards and Boatshed Bourgogne & Boatshed Midi Canals were nominated for four out of eight of them:

Boatshed Bourgogne won this award back in 2013 and we are convinced of the positive advantage that Boatshed video coverage gives our clients. This year, with some innovative and informative videos, the deserving winner was …………..
”Boatshed Portsmouth”.

Again a subject all of us at Boatshed strive to excel in but this year the delighted and deserving winner was…………..
”Boatshed Suffolk” .

Graham won this award last year and was thrilled to do so again this year. “I take developing the Boatshed Brand here in France very seriously. Enhanced brand awareness is of utmost importance to all of us, brokers and clients alike.”

Finally the presentations were rounded off with.....

Boatshed Brokerage of the Year Award

……And the winner was……. Boatshed Midi Canals/Bourgogne 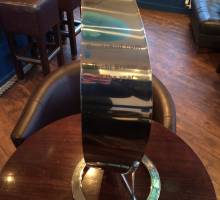 Brokerage of the Year Trophy 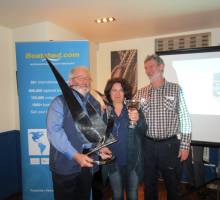 Magali & Graham with both their awards